A big thank you for the quiet, professional, sensitive way you dealt with my family after the death of our dear uncle aged 92, who had been systematically robbed of many thousands of pounds. You identified the culprit, gathered the evidence and confronted the person. You recovered the money for us. We now have total piece of mind and from the whole family a thousand thanks S & G (Cheshire)

Can’t thank you enough for the investigation you carried out against the engineer who was claiming serious injury had been caused at work. The financial damage, and more importantly the reputational damage this may have caused are incalculable. You obtained photographic, video and verbal evidence which proved that the claim was totally false. He withdrew his claim when this information was presented to him.
Regards H (Kent) 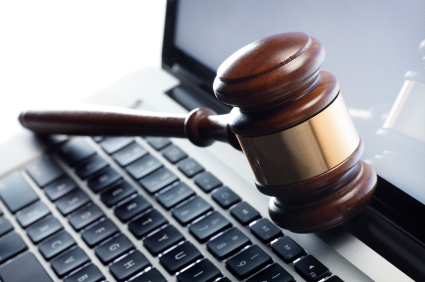 When I was told that I had to give evidence at crown court, my world fell apart. I had been assured that I would not have to go. You were recommended to me and gave me great advice, and guided me through every step of the process. This made the weeks leading up to the case bearable. We went to court to watch another case in progress prior to my case which again helped calm my nerves. Collecting me, taking me to court on the day, introducing me to the barrister all helped me to have an understanding.

Many Thanks P B (Liverpool)

When my Hotel discovered over £1/2 million pounds missing we could not risk involving the police for fear of reputational damage.  We employed you to investigate, and assess the possibility of recovering the money. The manager who was a foreign national with a home and family abroad had been with the company many years. Amazingly with the help of a computer expert and other technical help you quickly assimilated sufficient information to convince the individual to pay back the money in full, and leave the company with the minimum of disruption. We are so grateful to you. T (Cheshire)

The work you did to connect me to my birth father was little short of a miracle, my mother and other people had tried without success. You made me no promises, but did indeed get me a fantastic result. I did not seek any financial gain. I now have brothers that I had never met, a dad who loves me and life is great. Thank you so much. P (Windsor)

When I discovered that my son has been stealing significant amounts of money from my bank account to fund a drug habit I thought my world had collapsed.  On meeting you I gained strength from your advice and considerable experience.

The ‘contract of understanding’ you designed for us enabled my son and I to talk through some very difficult issues and formed the foundation on which we have been able to move forward.

I am eternally grateful that the drug testing kits you supplied have provided me with the reassurance that my son is now back on the right track. Indeed as a consequence of those tests an existing and previously undiagnosed medical condition was identified.  That has now been treated.

It is no exaggeration to say that the work and support Swiss-Tec Investigations has given to my family has saved my son’s life and enabled our family to work through an extremely difficult period. D (Staffordshire)

I was recommended Swiss-Tec Investigations by a friend who had used their services previously and been very pleased with the results.

When I met Hans and Phil I was immediately struck by their approachability and trustworthiness.  They made me feel relaxed and comfortable, enabling me to reveal some very intimate details about my husband’s suspected affair without feeling embarrassed.

Quick to understand my situation, they recommended several courses of action.  They discussed the pros and cons of each and were professional and upfront about the costs involved.

During the monitoring operation of my husband, they kept me informed of progress made and after only three days my husband’s affair was confirmed with hard evidence which they presented to me with sensitivity and discretion.  At my request they also drew on their experience of such matters to advise me on how best to confront my husband with the evidence and what to expect. They showed me kindness and respect.

I would wholeheartedly recommend Hans and Phil to anyone who is unfortunate enough to find themselves in a similar situation to mine. Their high level of competency and genuine compassion made the journey of discovery a little easier to bear.  V (North East England).

From our first contact with Swiss-Tec Investigations they were professional and committed to assisting our client. Our client had a short time frame to receive the training, and they were very accommodating often working late into the night to ensure that our client would have the necessary training in advance of his court appearance. They provided our client with the necessary skill of giving clear precise answers no matter how difficult the questions were when he was under cross examination. The training provided by Swiss-Tec Investigations helped to ease our clients anxiety and stress in the lead up to the case which in return provided our client with the confidence to give a clear testimony and the skills to deal with the cross examination during the case.

Our children and our parents are the most important things in our lives, we do all we can [...]

Certain key individuals within some organisations and/or their family members are sadly targeted by serious and organised criminals. [...]

In the world of business you are bombarded with issues all of which need your time and attention. [...]

Please contact one of our Senior Investigators, we will be happy to assist you with [...]

Warning: file() [function.file]: URL file-access is disabled in the server configuration in /homepages/17/d399802744/htdocs/wp-content/themes/twentyeleven/footer.php on line 39